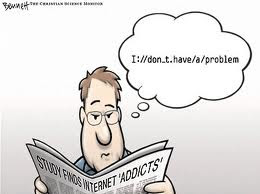 So I've been away for a bit. Obviously. And I'm now willing to admit why:

For loads of this whole post transplant period I've been seriously depressed, compensating for some major mental health issues and dodging reasons and how I feel about how unfixable some of those reasons felt. Some of the post transplant problems to do with general wellness and energy, as well as constant sleep problems, they've not responded to any of my fixes and I started feeling like I'd never fix them so nothing will ever change, I'll remain spending most of my life in the house tired and usually sick with whatevers going around. Oh, and as part of this I got addicted to the net. Only, you know, not in a good way - with all the time on my hands I could have been getting loads of useful stuff done, not least building a wordpress blog that works and looks better than this one and post on it everyday. But instead I'd bounce from one thing to another 'researching' for my scripts which I wasn't really writing, and wouldn't let go of the laptop all day while feeling more and more crappy.

So when I figured that out I went cold turkey - no internet for a period of time, handed it to Ant and let him get on with stuff. I also got into counselling, and starting over analysing being an adrenaline junkie from birth and why I can't handle people seeing me do technical stuff with my hands. All very self indulgent.

And there you have it - in the privacy of my flat I went mental, and I'm still mental but in a slightly less mental way. All very inconvenient but necessary. I can handle going on the internet for a bit now, and then leaving it again without stroking it and speaking babytalk, but I still haven't gotten around to doing useful stuff.

Hi all, nice to meet you!

An attempt to see if our opinions will make people want to shoot us.